I began my February 17, 2021 blog post with the suggestion that the “industry-corrupted skeptic climate scientists” accusation ‘fabric’ isn’t cinched up tight at all, it’s plagued with loose threads; pull on any number of them and the whole accusation can come apart. The Al Gore / Naomi “loose thread” Oreskes situation I detailed at the end of my previous Part 1 post is one more example of that — when she clearly said her survey that she undertook by herself was “no big deal / a kind of cross-check” to find out the extent of the consensus of a thousand science papers on the global warming topic, did Al Gore make a false, criminally punishable statement at a Senate hearing when he stated it was a University of California team effort she led?

No. He’s completely in the clear on that. Who would have said it that way for him to repeat? Oreskes, when she said it was she, in association with that university, and her assistants. Plural.

No joke. First, to establish there’s no doubt she said she did the survey under no affiliation with any organization all by herself, we start at the 4:05 point of this 2015 video interview, where she explains her solitary effort to include an ancillary piece of information that she used to support her hour-long February 2004 science society presentation on how consensus opinion is found throughout the ages in science examinations, and how IPCC and National Academy of Science reports are examples of such a consensus:

Just because the leadership of science societies say it, that doesn’t really prove that it’s what the rank and file believe … just because the leaders say it, doesn’t mean- doesn’t make it true for the people. So I thought, how could I test that, how can I judge whether or not the IPCC reports and the National Academy reports are accurate reflections of what working scientists actually think? And I thought, well, I could do a science citation index survey, I could look at, I could do a sample of a thousand papers, looking at them and see what they say. And so that’s what I did, and it was just a small part of the lecture, it was an hour long lecture, it was one slide out of more than a hundred slides, and I didn’t even really think it was that big a deal, I thought it just- I thought of it as kind of a cross-check!? When the lecture ended, and there were about 600 people in the room, the only thing anyone wanted to talk about was that one slide! And all these people were stunned, like “Oh my God, I had no idea!” And I thought, oh, really?! Like, people don’t know this? I really didn’t think this was that big a deal, but because people were so interested in it, I thought ok, I should try to publish this, so after the lecture was over, I went home and I wrote up just that little piece of it, and I sent it to Science magazine and they published it.

This isn’t a one-time recount of the situation, either. From the official current “Naomi Oreskes—Scientific Consensus, Climate Change, and the Merchants of Doubt” article at the American Association for the Advancement of Science website, we see this:

… When Oreskes was asked to give a talk for AAAS in 2004 .. she initially decided to focus on what had been her forte: the history of the theory of plate tectonics …To make the discussion more contemporary, Oreskes added one slide about a scientific consensus that had been arrived at more recently: Climate change is happening and it is caused by human activity. To her surprise, this was what resonated with her audience. “People came up to me afterwards, saying ‘Where did you publish this?'” she said. In fact, Oreskes hadn’t published these findings, largely because she didn’t think they were newsworthy. She’d intended to make a philosophical point but ended up making a political splash. The slide contained a review of the climate science literature, showing that a belief in human-made (anthropogenic) climate change was now the informed opinion of the majority of climate scientists. … At the urging of colleagues, she submitted her research to AAAS’s Science, turning that slide into a one-page write-up.

Again, no “we,” no staff of assistants, no university involvement of any description. Her research, from a self-described non-newsworthy philosophical point.

And, just for emphasis,

ORESKES: Correct. After the talk, the only thing that anybody wanted to ask about was that one slide. Many scientists had no idea that there was a consensus on climate change, because they were reading all these misleading things written by journalists, present company excepted, that was presenting climate change as a big debate.

I went home and realized I needed to publish this.

Who would have guessed that the little thing of doing your own personal survey of climate science papers in order to add it to a broader topic presentation on a general philosophical point would bring such praise from dazzled colleagues?

So where on Earth did Al Gore get the idea that there was specific university involvement, a staff, a team? From Naomi Oreskes herself, in the article she wrote for the Washington Post within mere weeks of her Science magazine paper being published in December 2004.

The Institute for Scientific Information keeps a database on published scientific articles, which my research assistants and I used to answer that question with respect to global climate change. We read 928 abstracts published in scientific journals …

… The writer is an associate professor of history and director of the Program in Science Studies at the University of California.

Perhaps reinforcing to Al Gore and his staff regarding what she said in her WashPo article is what’s seen in the note at the top of her Science paper and her note #10 at the bottom:

The author is in the Department of History and Science Studies Program, University of California …

10. This essay is excerpted from the 2004 George Sarton Memorial Lecture, “Consensus in science: How do we know we’re not wrong,” presented at the AAAS meeting on 13 February 2004. I am grateful to … my research assistants S. Luis and G. Law …

Would Naomi Oreskes see any need to bring up the existence of two assistants here in this consensus paper if they had no role in her effort to sift through a thousand papers on global warming science?

That’s just one small question among myriad others. A bigger one is this: Oreskes is a historian, so why are important details in her personal history significantly inconsistent?

So many loose threads.

In the fictional movie world, people who need to keep things hidden have ways to take out troublemakers who pull on threads.

Here in the real world, when prominent objective reporters and/or major legal action and/or congressional investigators start pulling on threads, there’s no way Oreskes and the other core promulgators of the ‘skeptic climate scientist liars-for-hire’ accusation can stop that. 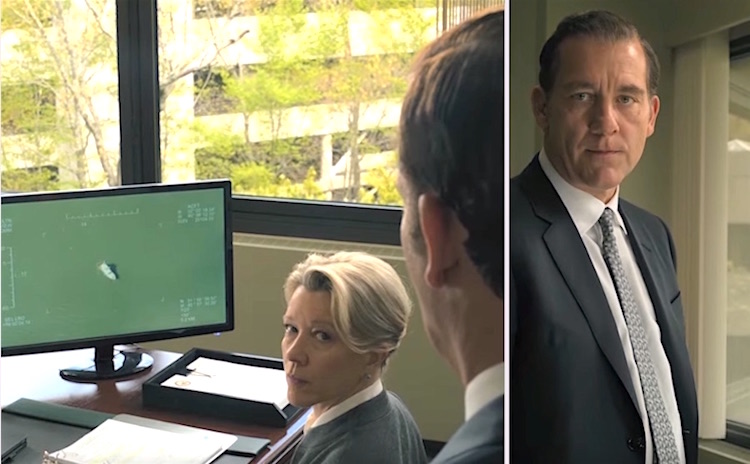