Physicist John Droz recently told state legislators in North Carolina that “real science is about adjudicating the facts, not casting aspersions on the source.”

As common citizens without science expertise, the majority of us are forced to leave the debate over the actual causes of global warming to the scientists. But we can participate in another process, namely finding out for ourselves whether the narratives about the issue and its scientists ring true.

At this web site, I dig deeply into the accusation that scientists and others who express skepticism about the theory of man-made global warming are being paid by the fossil fuel industry to lie about the issue.

The origin of this claim goes back to the early 1990s, when some book references and magazine/newspaper articles suggested skeptic scientists were out to “reposition global warming as theory (not fact)” at the behest of the coal industry, which supposedly had produced a memo with that implied instruction. But this insinuation, lacking real evidence and general believability, was falling flat in the eyes of the public.

Then an ex-Boston Globe reporter named Ross Gelbspan began repeating the accusation in December 1995, more or less simultaneously with his infamous Harper’s magazine “The Heat Is On” article, and in an NPR “Living on Earth” radio show interview. In the latter, he reworded the memo phrase as “reposition global warming as theory rather than fact.”

From that point forward, luminaries such as Al Gore credited Gelbspan as a Pulitzer-winning investigative journalist who discovered and exclusively exposed the “reposition global warming” memo and other associated leaked memos, which were “evidence” of a fossil fuel industry disinformation campaign reminiscent of the way the tobacco industry employed ‘shill experts’ to confuse the public about the hazards of cigarette smoking.

Nobody bothered to corroborate the accusation that Gelbspan made. Since 1995, hundreds and perhaps thousands of environmental activists, reporters, politicians, and even scientists and civic and business leaders have repeated it.

My challenge, open to any takers including Ross Gelbspan himself, is to prove that funding from the fossil fuel industry invalidates what skeptic climate scientists say. It’s a simple two-step process of establishing what is said is knowingly false and that the decision to lie was the result of money received. No one has done it, yet the accusation is made again and again as if it were proven fact.

The essays and future blogs collected on this do not and will not address the science, economics, or politics of climate change or related issues. My goal is focus on an accusation that is being used unjustly to stop debate and marginalize skeptical climate scientists in an important public policy debate.

Within this site, readers will see how the wealth of information on the Internet – accessible to anyone – undermines the accusation and warrants serious questions about Ross Gelbspan’s motivation. I draw no conclusions about Gelbspan’s personal integrity. Readers can make their own informed decision about that.

About Your Blog Author, Russell Cook

I am neither a scientist nor a trained journalist. I received a bachelor’s degree in Business Administration from the University of New Mexico and an Associates degree in graphic arts from the Al Collins School of 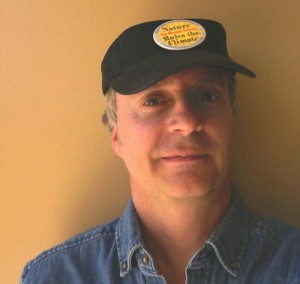 Graphic Design. I am no different than what many people on Earth are, a common citizen having reasonably adequate enough education and an inquisitive enough mind to observe and question contradictory stories in the media about global warming.

Starting back in October 2009, I have conducted research on an essentially full-time basis into the accusation that skeptic climate scientists are paid by industry to lie. I’ve shared my findings in numerous online articles at AmericanThinker.com, RedState.com, Breitbart.com, JunkScience.com and elsewhere. My conclusion can be readily summarized: the accusation appears to be a false claim, a myth generated by a small group of enviro-activists with significant direction from ex-Boston Globe reporter Ross Gelbspan. (For more about Ross Gelbspan, go here.)

I’ve been a nature-loving cheapskate recycler all my life. Until recently, I didn’t really give a rip about global warming because I remembered the big global cooling craze back in the ‘70s. Plus, I was aware of the skeptic scientists’ viewpoints I’d seen in an April 2000 PBS Nova/Frontline program, so I reasoned that the science in the issue was anything but settled.

But sometime in 2008 I heard politicians saying the science was settled, which prompted me to ask what justified that position. It was a simple question that was met with no answers, only the accusation that anyone who didn’t believe global warming is a man-made crisis must be a stooge for the fossil fuel industry. Since I was and still am not anybody’s stooge, I started to research that accusation, and still am researching it.

In December 2009 I compiled my initial research into the first of several articles for AmericanThinker on this narrow topic. Around the same time, I began hammering the PBS NewsHour to explain why they had never allowed skeptic climate scientist guests to offer detailed viewpoints on the program. As noted in my November 2015 piece here, I maintain an ongoing count of the global warming reporting bias of that program.

With my second AmericanThinker article focusing entirely on the skeptic smear, I thought I had enough to prompt a news outlet such as Fox News to look deeply into the matter and report about it beyond my limited private citizen means. Hindsight now tells me I hadn’t gathered enough for a compelling story.

After approximately 60 articles and blogs, it was time to take this whole effort up one level in intensity by launching this Web site in May 2013. (For more about this site, go here.) My goal has never changed, I’ll be more than happy to share my findings with any open-minded journalist who wants to know more about the smear of skeptic climate scientists.

A Note About Funding

Since this web site is about the accusation that industry funding taints anything said by skeptic climate scientists, it is imperative that I fully disclose the funding of my own work.

Prior to January 2013, my research into the corruption accusation against skeptic climate scientists was funded entirely out of my own savings. I was paid $1,000 by the Science & Public Policy Institute to distill my work into a paper they wanted to post at their web site, and I was paid $1,350 to be the Committee For A Constructive Tomorrow’s state-side media contact person for their Rio+20 participation effort. Neither payment came with instructions of what position I was to take on global warming.

By January 2013, my savings were drawn down to a critical level. The Heartland Institute, a prominent supporter of skeptical climate scientists (and consequently a major target of global warming advocates as well) generously offered me a $12,000 strings-free grant to enable me to continue devoting time to this subject. I have carte blanche to write whatever I wish to write, whenever I wish to write it, without any direction from Heartland, its donors, or anyone else.

My plea to anyone with extra money and a soft heart is for more donations so that I might rise further out of my poverty situation, but on one unbreakable condition: No strings of any kind.

I welcome all challenges to what is presented here, for those willing to use the contact email while engaging in a civil manner. Comments are barred* for the simple reason that I am not able to devote time to dealing with the hate-mail that is often sent to anyone who questions the idea of man-caused global warming. If you have constructive information tips to offer, or just a suggestion to fix a typo, please contact me at rcookresearch [at] cox [dot] net.

(portions of this page first appeared April 5, 2013 at AmericanThinker.com titled ‘Trust Us, Skeptics Are Crooks’)

[ * 10/28/14 Author’s note: I endorse the pledge of Transparency, Accountability, and Openness as advocated at the TAO of Journalism web site, but in a bit of full disclosure, I don’t feel I can sign the pledge because of my reluctance to allow all varieties of so-called ‘open dialog’ comments to be placed at my blog posts – which that site’s pledge mandates. But is my lack of time to deal with comments as questionable as the LA Times’ refusal to allow comments from “climate change deniers”?]