That’s rich, in more ways than one. As I noted in a GelbspanFiles blog post earlier this spring, one hallmark of enviro-activists is their phenomenon of psychologically projecting what they are as accusations of what skeptics of catastrophic anthropogenic global warming (CAGW) are. The only ‘rehashing of old tropes’ going on here is ICN’s rehash of an essentially 30 year-old accusation that any industry connections whatsoever completely taints what CAGW skeptics say. Their rehash was apparently fed to them by the disingenuously repackaged “Desmog” outfit, an organization self-described as a pure public relations people having no expertise in climate science, which was also self-described by one of its co-founders as being created entirely to expose CAGW skeptic scientists as industry-paid liars. END_OF_DOCUMENT_TOKEN_TO_BE_REPLACED

The line of defense that “well, the evidence I have looks valid enough to use as a means to ensure nobody takes skeptic climate scientists’ reports and viewpoints seriously” is one that may not actually convince judges to let you off the defamation hook. 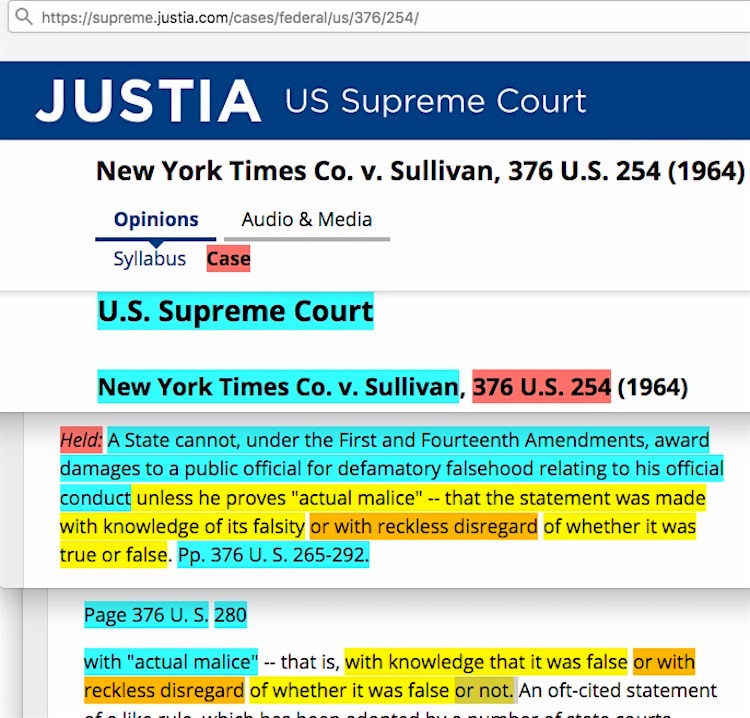 In my April 17, 2020 blog post about the death of Dr S. Fred Singer and my experiences with him, I began by noting how readily accessible he was to even ordinary citizens like me who genuinely expressed uncritical interest in the overall global warming issue. Dr Michaels, whose death unfortunately was just last week, (more memorials here, here, here, and here), was no different that way. Regarding Dr Singer, I first began emailing with him simply because I wanted to let him know that I was exchanging emails with the Seattle mayor’s office on the global warming issue, but I also wanted to know if I had it right about my Viking ancestors being able to farm in Greenland. With Dr Michaels, my first inquiry to him was at the beginning of my efforts to undertake a due diligence job which the mainstream media should have done, concerning the troubling accusation that he, Dr Singer, and others were paid and directed by fossil fuel executives to “reposition global warming as theory rather than fact.” Back in 2009-2010, that accusation was all over the internet, but not a single person or group on the Al Gore side of the issue had the guts to show the full context of the ‘leaked industry memos’ containing that awkwardly-worded ‘directive.’

Dr. Michaels ultimately ended up providing some specific bits about that, under a broader examination, which look quite damaging to his accusers. END_OF_DOCUMENT_TOKEN_TO_BE_REPLACED

First, some elemental background info on this: folks might wonder why I focus so narrowly on the one set of supposedly ‘leaked fossil fuel industry memos’ which enviro-activists say are smoking gun evidence proving disinformation campaigns (and other alleged attacks against ‘settled global warming science’) operated under the widely adopted directive to “reposition global warming as theory (not fact).”

My reason is elemental. It’s because the enviro-activists are so focused on that specific phrase and the worthless accusation surrounding it. It’s the most damaging weapon they have to use in their relentless effort to steer the world away seeing whether the science-based climate assessments from skeptic climate scientists are worthy of serious consideration.

If the sole excuse – ‘industry-paid skeptic scientists’ – implodes as the reason the public and policymakers and journalists have for ignoring skeptics’ climate assessments, then the ‘man-caused global warming’ issue is imperiled, perhaps to the point of imminent collapse. For influential investigators/prosecutors to begin to realize how vulnerable the egregiously false ‘crooked skeptic climate scientists’ accusation itself is to total collapse, they will need to fully comprehend why repetitions of accusations surrounding that memo set looks like an ongoing deliberate conspiracy, and they need to know exactly who the core people are in that situation, and how that core group apparently steered those memo phrases into the way that’s still exploited today. END_OF_DOCUMENT_TOKEN_TO_BE_REPLACED

That was the widespread news headline, in one form or another (minus the ‘political suicide’ bit, of course) on Thursday, September 16th, 2021. The main news item was that Oversight Chairwoman Carolyn Maloney, D-NY, and sophomore-term House member Ro Khanna, D-Ca, sent letters hours earlier to four major fossil fuel companies and two lobbying groups, demanding that they appear in front of the Oversight Committee on October 28, and that they bring documents with them showing how they were engaged in — no joke! — “in a long-running, industry-wide campaign to spread disinformation about the role of fossil fuels in causing global warming.” Those were the actual words in the nearly identical letters, which can be viewed in their entirety at the links within the Oversight Committees website page’s press release.

How could this House Oversight Committee stunt be revealed to be act of political suicide? If the ‘defense witnesses’ at the October 28 hearing decide to seize the leadership opportunity on this, they could show how the ‘industry executives colluded with skeptic climate scientists in disinformation campaigns‘ accusation only points a huge arrow at where the real disinformation efforts are apparently seen in this issue, a core clique of enviro-activists who’ve pushed a pair of never-implemented, ‘leaked industry memo sets’ that are worthless to prove any “industry-wide campaign to spread disinformation” exists anywhere. Plus, the sheer lack of viable evidence behind the accusation points an even bigger arrow at the basic journalistic malfeasance on the part of mainstream media news reporters, when it comes to their decades-long failure to ask probing questions about the basic accusation, which dates back to the 1990s. END_OF_DOCUMENT_TOKEN_TO_BE_REPLACED

Naomi Oreskes can do no wrong in the eyes of her supporters with her Merchants of Doubt book / documentary movie efforts that supposedly exposed the corporate-bought corruption of climate scientists skeptical about the idea of catastrophic man-caused global warming. In the eyes of people she accuses and people who see through her smear tactics and clumsy science pronouncements, she can’t seem to do anything right. Mere discussion of her antics accomplishes very little — she is emboldened to continue her accusations in the most reckless way because she’s met with practically no significant public opposition. The golden opportunity to hold her accountable, however, is arguably in the hands of the public hearing officials she faces, who might be able to do something about this problem. Making false statements in congressional hearings is actually a crime. END_OF_DOCUMENT_TOKEN_TO_BE_REPLACED

Do an internet search for nothing simpler than the name “Willie Soon,” or the variant of “Wei-hock Soon,” and uncountable numbers of results pop up repeating some form of the accusation or insinuation that Harvard-Smithsonian Astrophysicist Dr Soon was paid industry-sourced money in exchange for falsehoods designed to undercut the certainty of catastrophic man-caused global warming. The following video by Dr Terry Gannon addresses aspects of Dr Soon’s actual funding, which the spectrum of accusers out there never tell their audiences about, and it mentions a name of one of the most prominent accusers that loyal readers of GelbspanFiles will readily recognize, Kert Davies:

We first see Davies at the 1:45 point as a guest on the Democracy Now program … 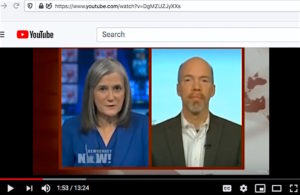 …. with a few more details spoken about him after the three minute point, and again in a bit more depth a minute later. However, much like any other aspect of the ‘crooked skeptic climate scientists’ accusation, I’m compelled to say, “but wait, there’s more …..” END_OF_DOCUMENT_TOKEN_TO_BE_REPLACED

END_OF_DOCUMENT_TOKEN_TO_BE_REPLACED

Now, let’s briefly examine one more time where the ‘crooked skeptics’ accusation was passed around. END_OF_DOCUMENT_TOKEN_TO_BE_REPLACED

As noted in my prior post’s opening sentence, I have comment stalkers who land at online article/blog comment sections hurling personal attacks at me in response to whatever basic comment I’ve made on the global warming issue. One in particular follows me around to specifically respond by placing a link to Desmogblog’s worthless profile of me. Now, allow me to first demonstrate it in the following funny way END_OF_DOCUMENT_TOKEN_TO_BE_REPLACED